Alongside the nocturnal Cineramageddon arena, is the revamped daytime Black Lamp Hub – a social space for filmmakers and fans – presenting film screenings, Q&A’s, workshops by Somerset Film, an onsite filmmaking competition and a new bar area.

Kicking-off daily with our leisurely Breakfast with Bertolucci film at noon, our music afternoon documentary slot will show Bros: After The Screaming Stops, Tales From Tin Pan Alley and Rudeboy – The History of Trojan Records with directors of both films attending for Q&As.

Take part in the first ever Golden ‘Swede’ competition! Create your own short ‘swede’, drama or documentary film onsite at the Festival and enter by dropping off your digital film files at The Black Lamp in the Cineramageddon field.

Organised by SomersetFilm with a masterclass from director Julien Temple and editor Caroline Richards, learn how to storyboard, take part in a filmmaking workshop, gain an insight into the world of editing and create & enter your own film into the Golden ‘Swede’ Competition!

All activities are FREE to take part – for more details , click here. 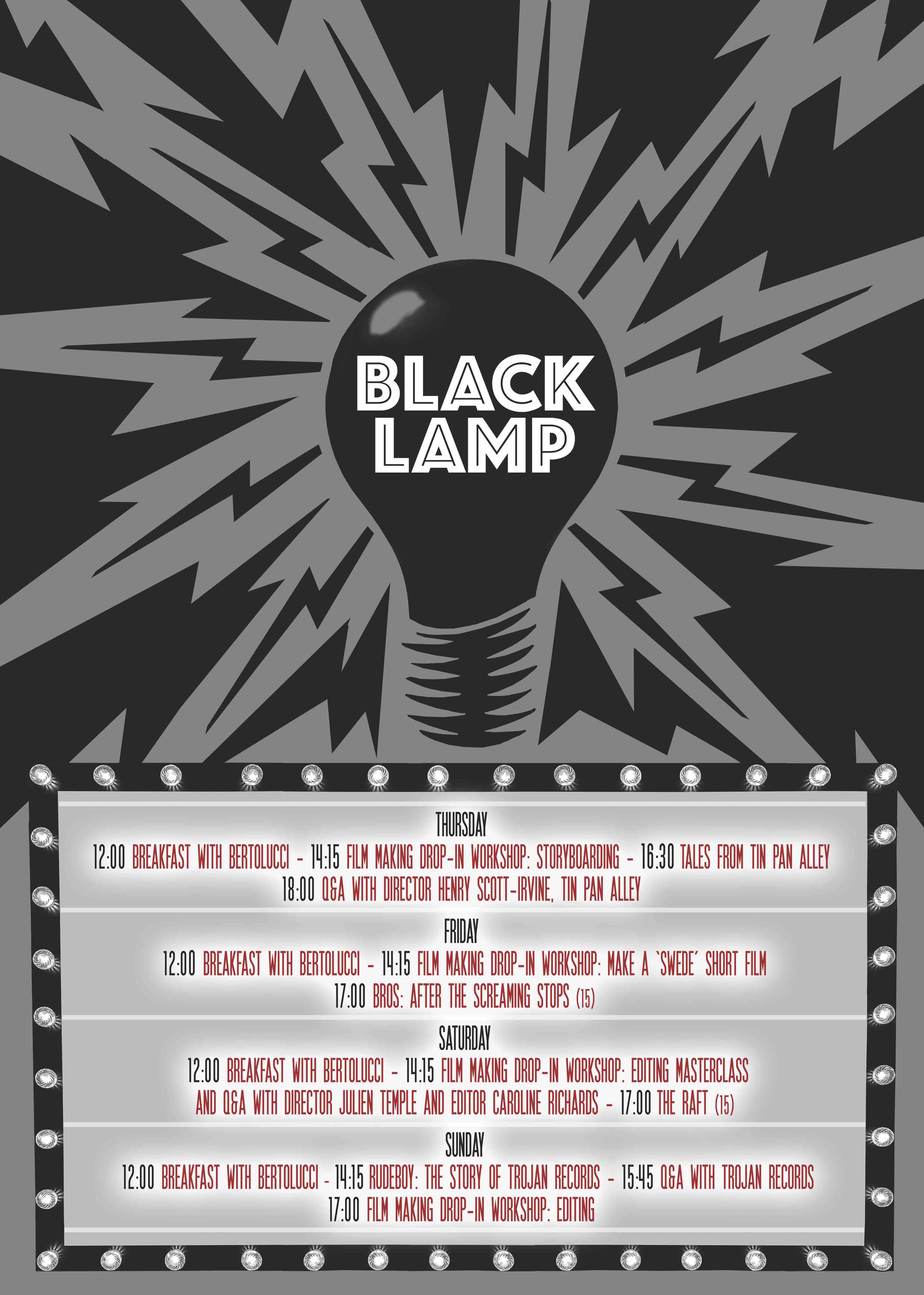