The Wednesday Night Gala is the World Premier of Ibiza – The Silent Movie presented by director Julien Temple, followed with a live DJ set by Fatboy Slim.   A breath-taking, immersive audio-visual experience, with a continuous soundtrack mixed seamlessly by Fatboy Slim. An eclectic mix of classic dance anthems with the unexpected – from a wide variety of music and eras – Ibiza – The Silent Movie provides the definitive story of this jewel of the Mediterranean.

Fatboy Slim will play a 45 minute silent disco set directly after the film. “Never Mind The Balearics, This Is Ibiza”

With a full line-up continuing across the weekend and into Monday morning, this is a totally unique experience only to be found at Glastonbury Festival. 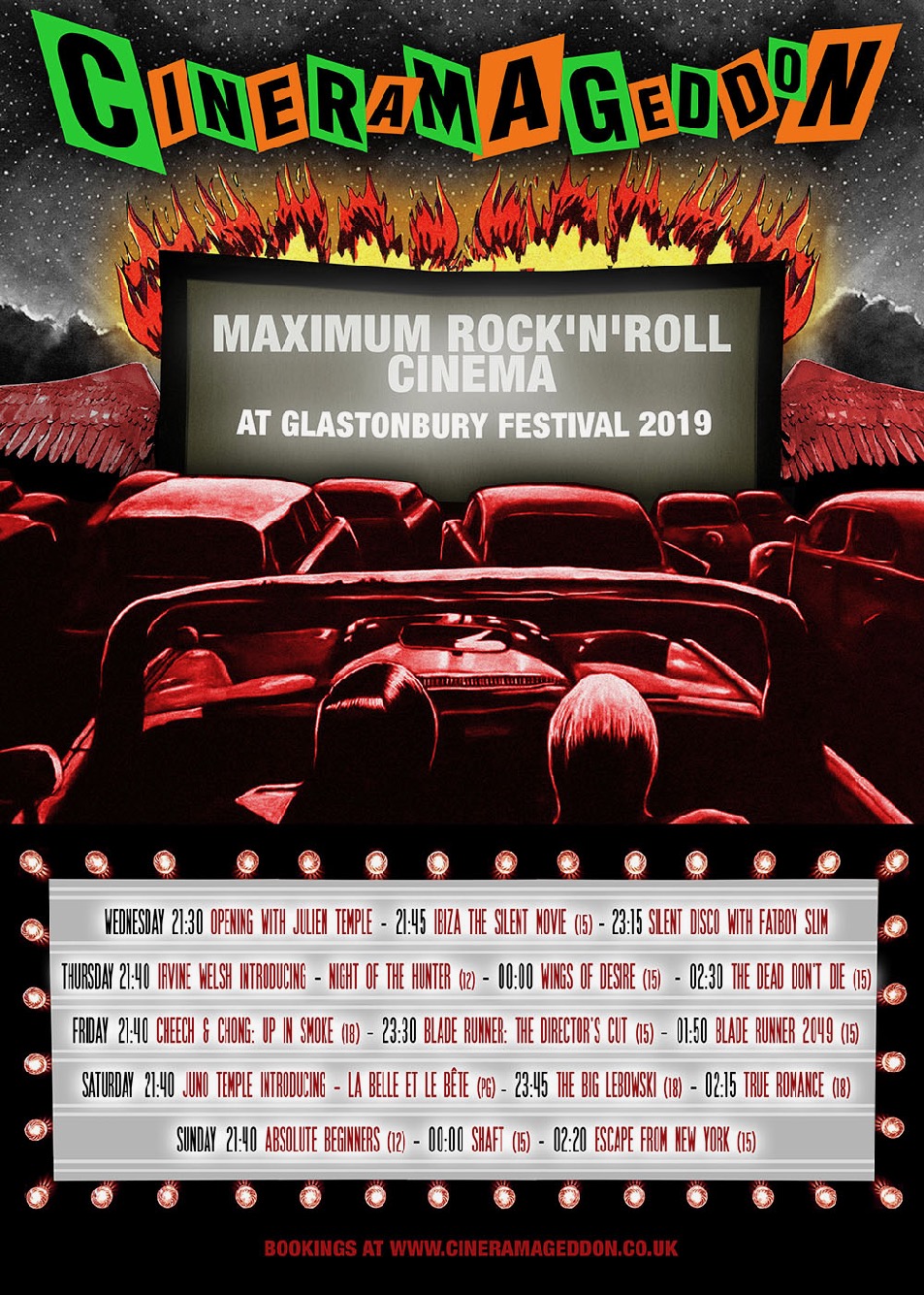