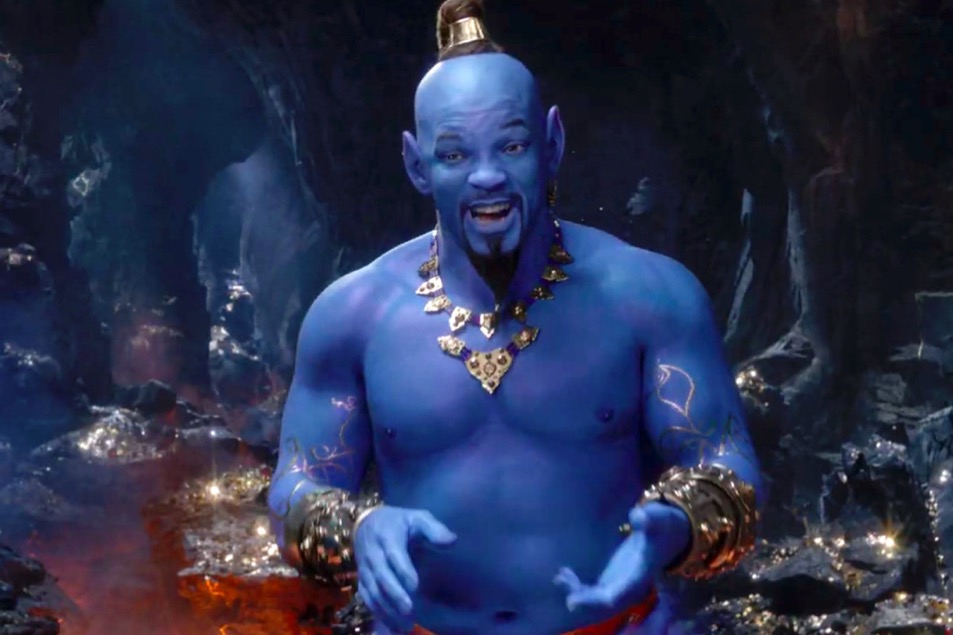 One Week re-scored by Wurlitza
15:45
Wurlitza are a critically acclaimed five piece band from South East Cornwall who have been specialising in adding live soundtracks to silent films since 2006. To find out more about Wurlitza, click here. 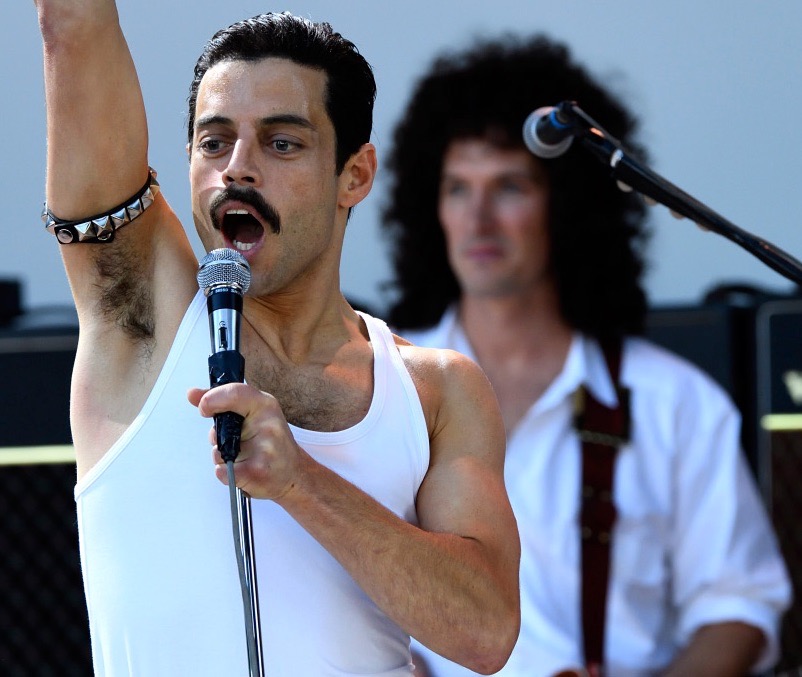 Bohemian Rhapsody (2018) Director: Bryan Singer
16:00  Cert 12A
The story of the legendary rock band Queen and lead singer Freddie Mercury, leading up to their famous performance at Live Aid (1985).

18:45 Music by Joel Grainger, with animations by Emily Scaife. 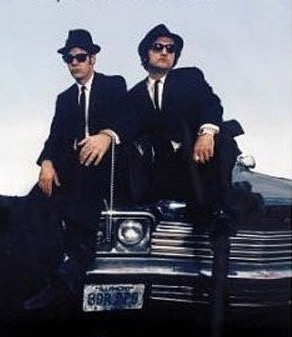 The Blues Brothers (1980) Director: John Landis
19:00 Cert 15
Jake Blues, just out from prison, puts together his old band to save the Catholic home where he and brother Elwood were raised. 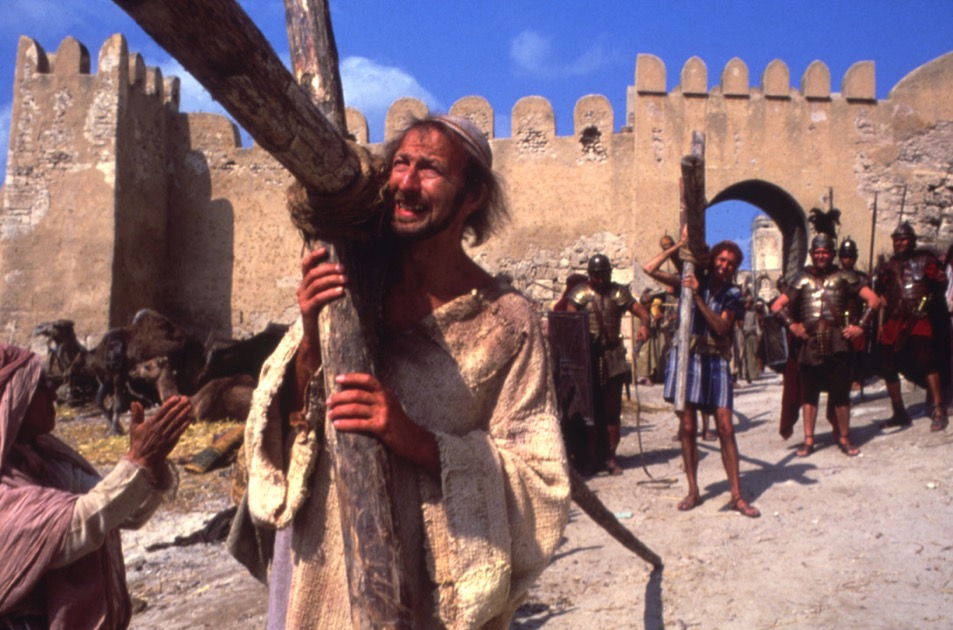 Life of Brian (1979) Director: Terry Jones
21:30 Cert 12A
Born on the original Christmas in the stable next door to Jesus, Brian of Nazareth spends his life being mistaken for a messiah. 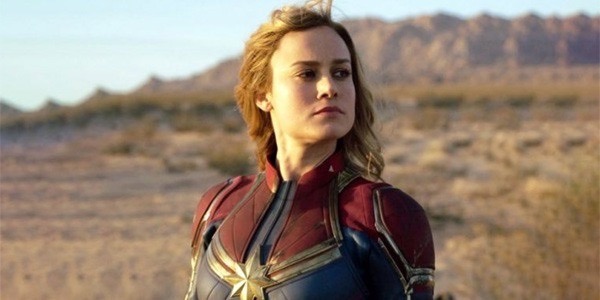 Captain Marvel (2019) Director: Anna Boden, Ryan Fleck
13:00 Cert 12A
Carol Danvers becomes one of the universe’s most powerful heroes when Earth is caught in the middle of a galactic war between two alien races. 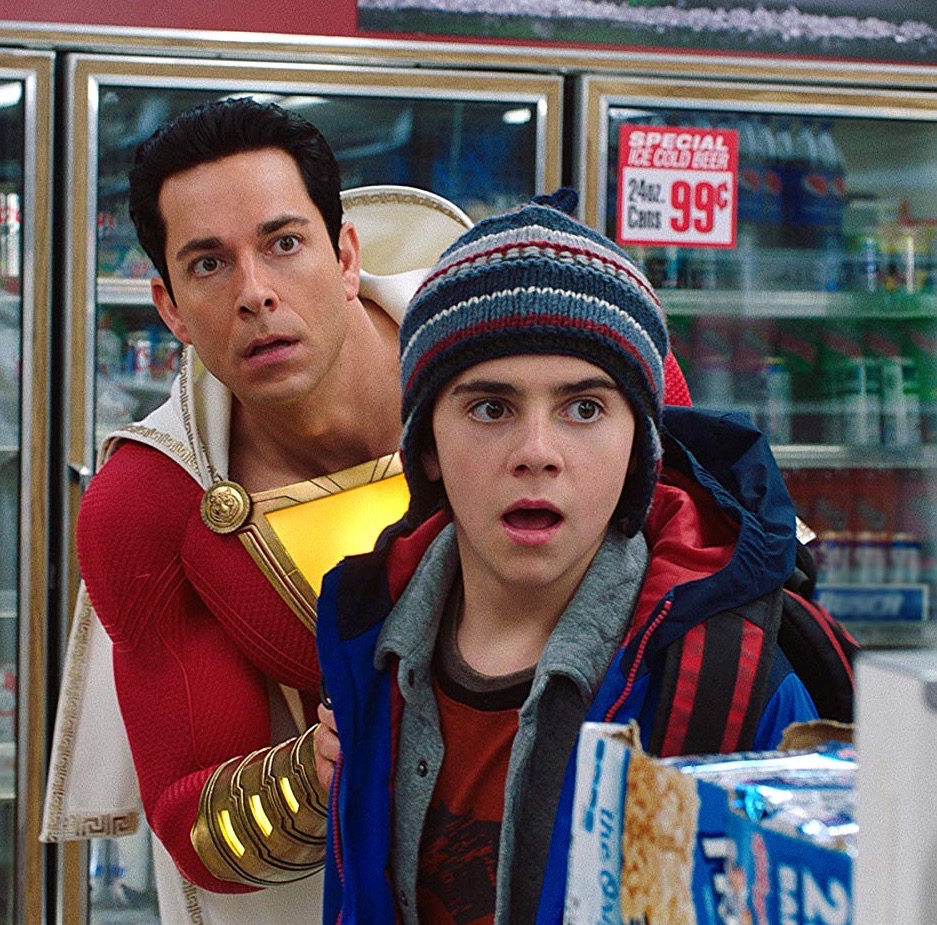 Shazam! (2019) Director: David F. Sandberg
15:45 Cert 12A
We all have a superhero inside us, it just takes a bit of magic to bring it out. In Billy Batson’s case, by shouting out one word – SHAZAM – this streetwise fourteen-year-old foster kid can turn into the grown-up superhero Shazam.

18:15 Music by Joel Grainger, with animations by Emily Scaife.

Cameraman’s Revenge re-scored by Wurlitza
20:00
Wurlitza are a critically acclaimed five piece band from South East Cornwall who have been specialising in adding live soundtracks to silent films since 2006. To find out more about Wurlitza, click here. 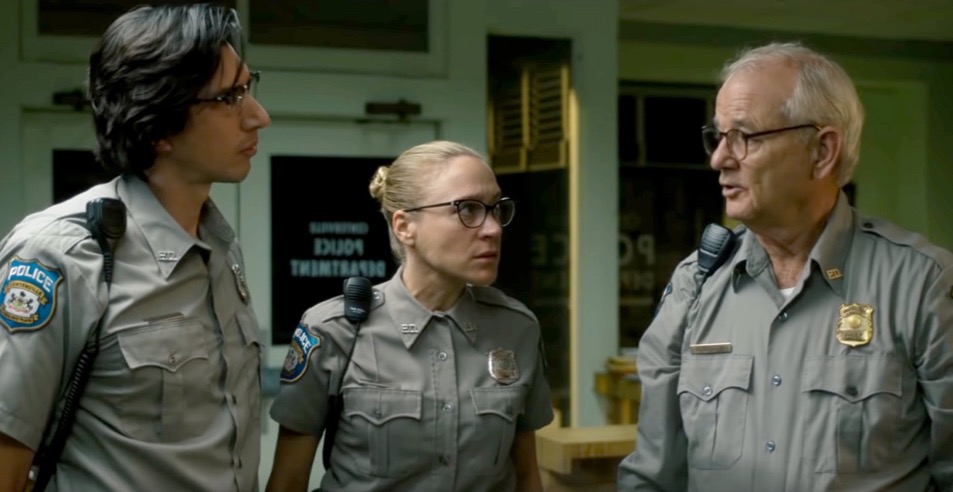 The Dead Don’t Die (2019) Director: Jim Jarmusch
20:30 Cert 15
The peaceful town of Centerville finds itself battling a zombie horde as the dead start rising from their graves. 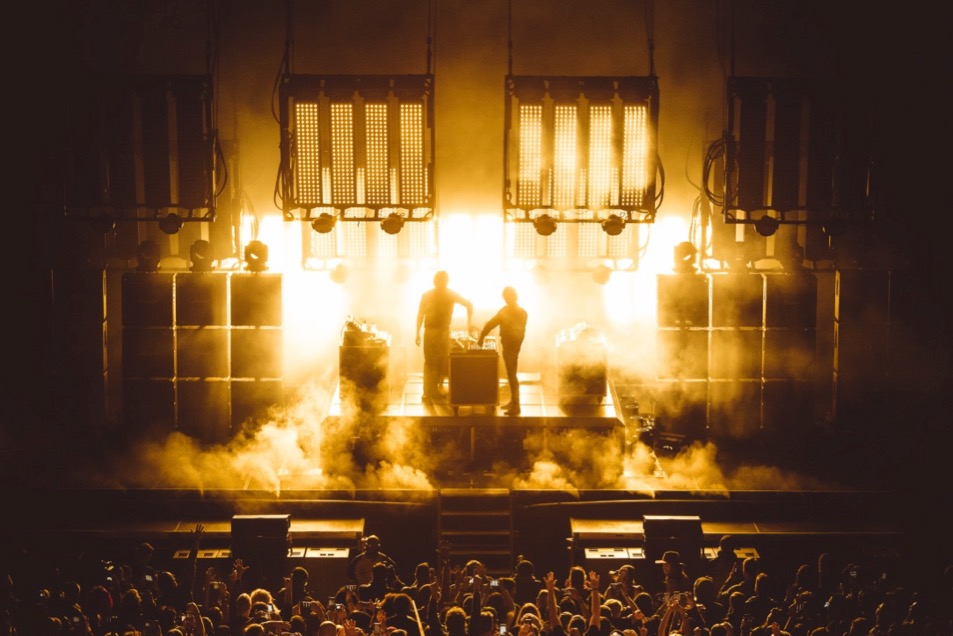 IRIS: A Space Opera by Justice Director: André Chemetoff
22:30 Cert U*
A 60 minute film of Justice’s 2017-2018 live show, recorded in an empty and invisible space without an audience, focusing exclusively on the impressive production and music.

The Lego Movie 2: The Second Part (2019) Director: Mike Mitchell
11:00 Cert U
It’s been five years since everything was awesome and the citizens are facing a huge new threat: Lego Duplo invaders from outer space, wrecking everything faster than they can rebuild.

The Goonies (1985) Director: Richard Donner
13:30 Cert 12A
A group of young misfits who call themselves The Goonies discover an ancient map and set out on a quest to find a legendary pirate’s long-lost treasure.

Cameraman’s Revenge re-scored by Wurlitza
16:00
Wurlitza are a critically acclaimed five piece band from South East Cornwall who have been specialising in adding live soundtracks to silent films since 2006. To find out more about Wurlitza, click here. 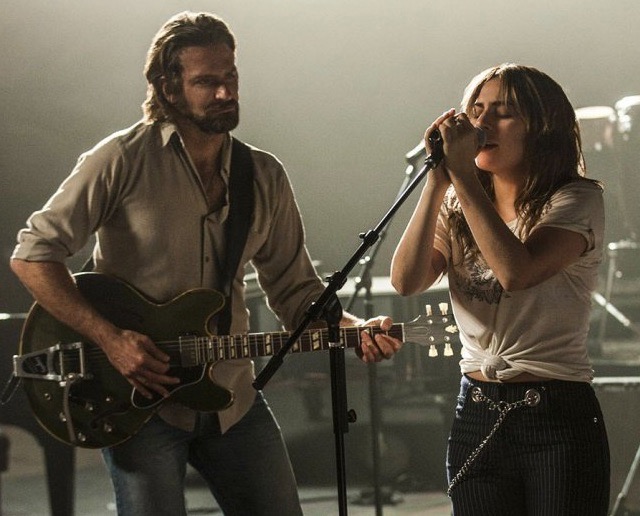 A Star Is Born (2018)  Director: Bradley Cooper
16:30 Cert 15
A musician helps a young singer find fame as age and alcoholism send his own career into a downward spiral.

Spirited Away (2001) Directors: Hayao Miyazaki, Kirk Wise
19:15 Cert PG
During her family’s move to the suburbs, a sullen 10-year-old girl wanders into a world ruled by gods, witches, and spirits, and where humans are changed into beasts.

Spider-Man: Into the Spider-Verse (2018) Directors: Bob Persichetti, Peter Ramsey
21:30 Cert PG
Teen Miles Morales becomes Spider-Man of his reality, crossing his path with five counterparts from other dimensions to stop a threat for all realities. 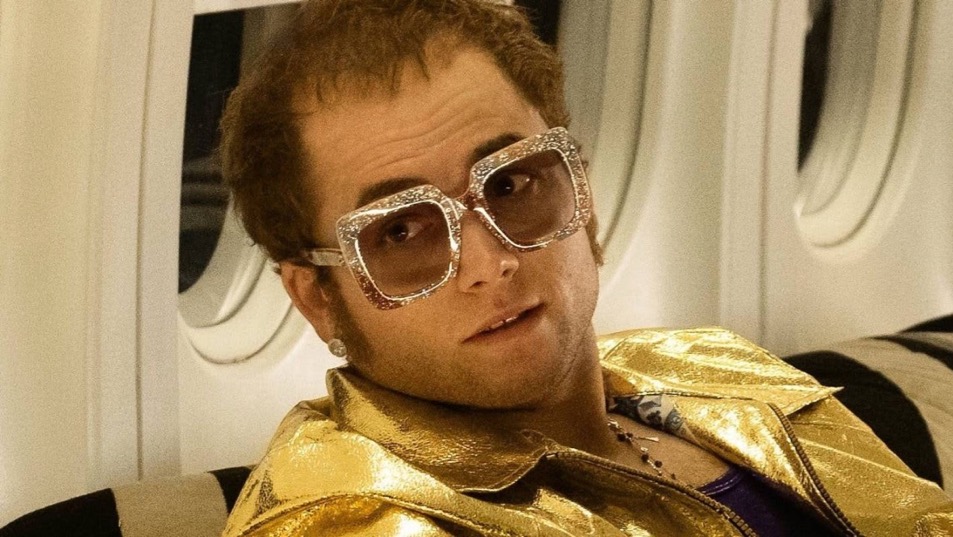 Yesterday (2019) Director: Danny Boyle – with film Quiz Party
11:00 Cert 12A
A struggling musician realises he’s the only person on Earth who can remember The Beatles. 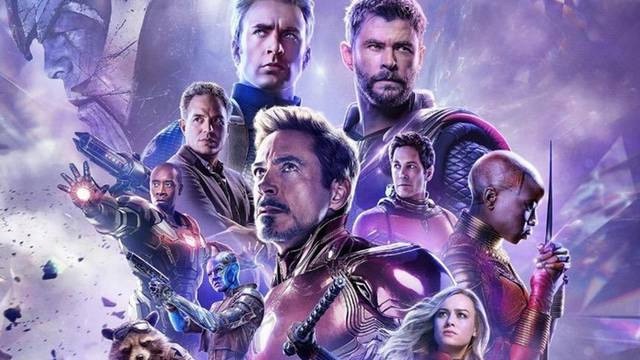 Avengers: Endgame (2019)  Directors: Anthony Russo, Joe Russo
13:30 Cert 12A
After the devastating events of Avengers: Infinity War (2018), the universe is in ruins. With the help of remaining allies, the Avengers assemble once more in order to undo Thanos’ actions and restore order to the universe.

16:45 Music by Joel Grainger, with animations by Emily Scaife.

LIAM GALLAGHER: AS IT WAS (2019) Director: Charlie Lightening
17:00 Cert 15
Tells the honest and emotional story of how one of the most electrifying rock’n’roll frontmen went from the dizzying heights of his champagne supernova years in Oasis to living on the edge, ostracised and lost in the musical wilderness of booze, notoriety and bitter legal battles. Starting again alone, stripped bare and with nowhere to hide, Liam risks everything to make the greatest comeback of all time.

How to Train Your Dragon: The Hidden World (2019)  Director: Dean DeBlois
19:15 Cert PG
When Hiccup discovers Toothless isn’t the only Night Fury, he must seek “The Hidden World”, a secret Dragon Utopia before a hired tyrant named Grimmel finds it first.

Pokémon Detective Pikachu (2019) Director: Rob Letterman
21:15 Cert PG
In a world where people collect Pokémon to do battle, a boy comes across an intelligent talking Pikachu who seeks to be a detective.

Mamma Mia! Here We Go Again (2018) Director: Ol Parker
00:30 Cert PG
Five years after the events of Mamma Mia! (2008), Sophie prepares for the grand reopening of the Hotel Bella Donna as she learns more about her mother’s past. 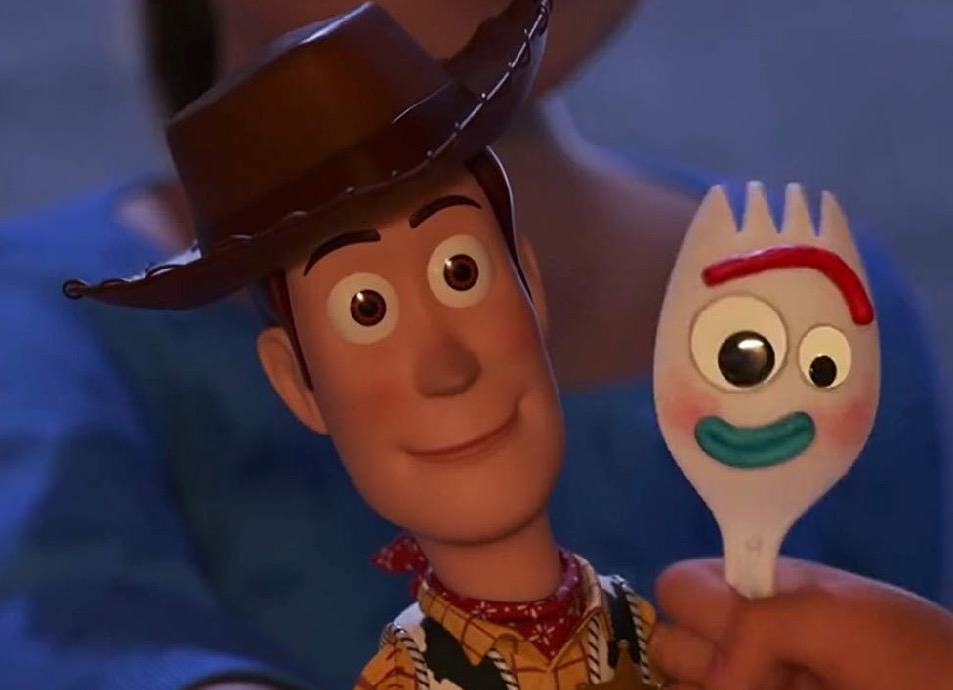 Toy Story 4 (2019) Director: Josh Cooley
11:00 Cert U
When a new toy called “Forky” joins Woody and the gang, a road trip alongside old and new friends reveals how big the world can be for a toy. 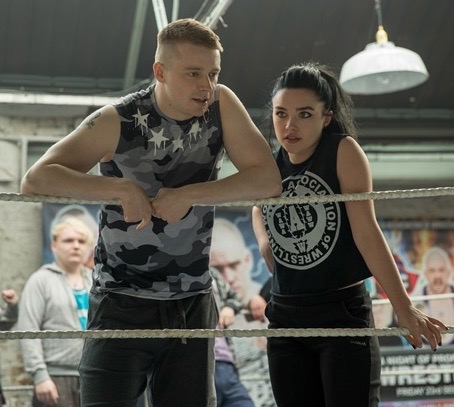 Fighting with My Family (2019) Director: Stephen Merchant
13:00 Cert 12A
A former wrestler and his family make a living performing at small venues around the country while his kids dream of joining World Wrestling Entertainment.

15:30 Music by Joel Grainger, with animations by Emily Scaife.

Beats (2019) Director: Brian Welsh
15:45  Cert 18
Two best friends in a small Scottish town in the summer of ’94 who head out for one last night together before life takes them in different directions. Going to an illegal rave, the boys journey into an underworld of anarchy, freedom and collision with the law as they share a night that they will never forget.

Chess Fever re-scored by Wurlitza
19:00
Wurlitza are a critically acclaimed five piece band from South East Cornwall who have been specialising in adding live soundtracks to silent films since 2006. To find out more about Wurlitza, click here. 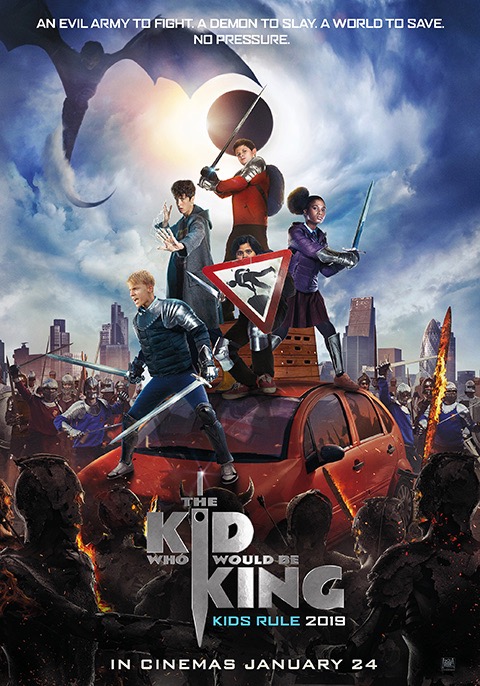 The Kid Who Would Be King (2019) Director: Joe Cornish
19:15 Cert 12A
A band of kids embark on an epic quest to thwart a medieval menace. 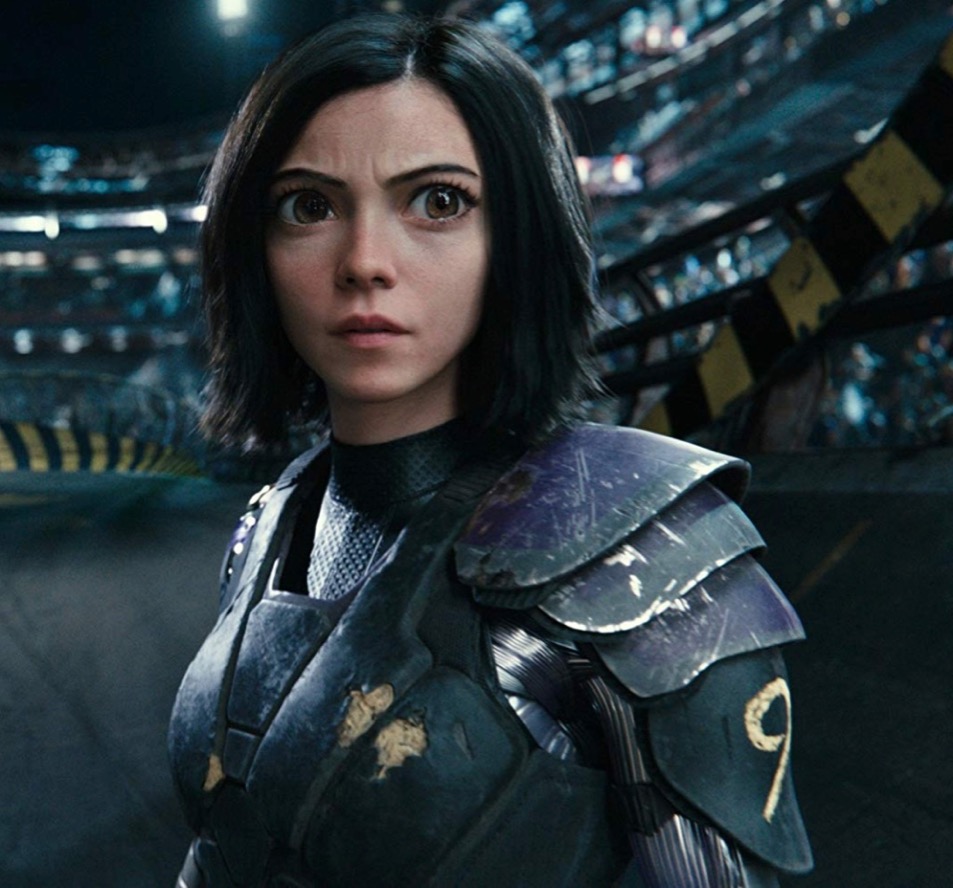 Alita: Battle Angel (2019) Director: Robert Rodriguez
21:30 Cert 12A
A deactivated female cyborg is revived, but cannot remember anything of her past life and goes on a quest to find out who she is.

Pulp Fiction (1994) Director: Quentin Tarantino
00:30 Cert 18
The lives of two mob hitmen, a boxer, a gangster and his wife, and a pair of diner bandits intertwine in four tales of violence and redemption.