Tickets sold out in under 24 hours making this year the fastest selling Glastonbury Festival. It was widely acclaimed as ‘the best yet’ – the weather was perfect, atmosphere chilled, Pilton was crime free and the line up brilliant. Over a million pounds was paid to local groups and charities. Greenpeace, Oxfam and WaterAid were the main beneficiaries and on site FairTrade led a high profile campaign 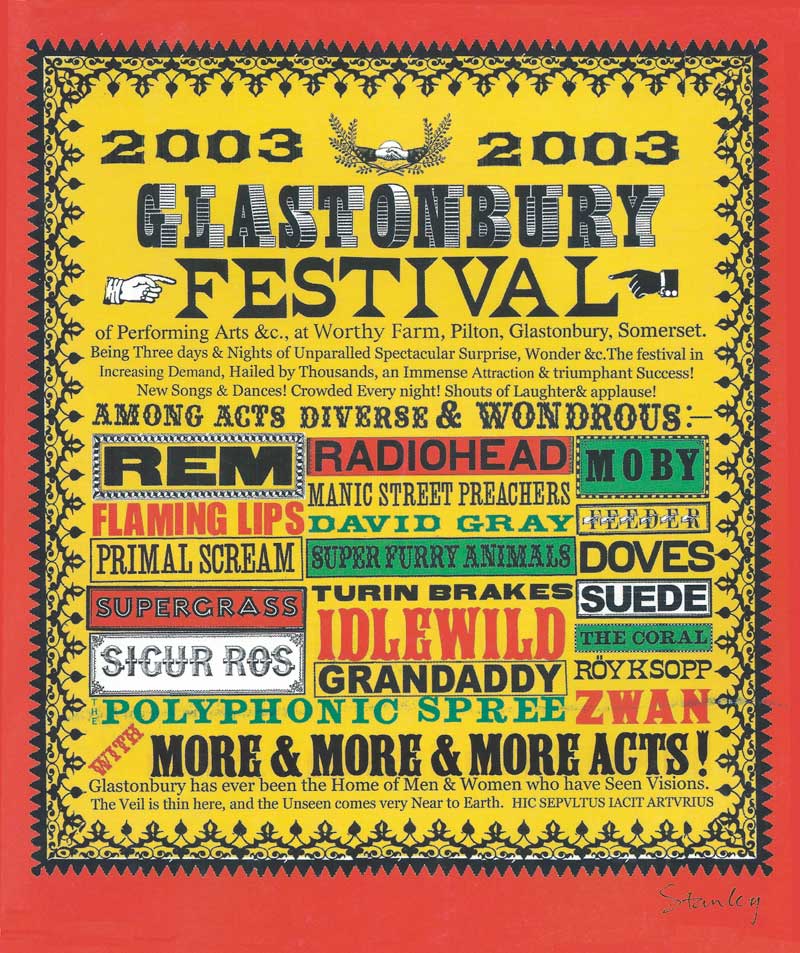