This was the fifth year of the Festival’s Green Traders Awards, given by Greenpeace, the Soil Association, the Fairtrade Foundation and the Nationwide Caterers Association (NCASS), to Festival traders who have done the most to give their businesses a low environmental impact.

A team of Greenpeace volunteers trekked across the festival site interviewing over 400 traders, quizzing them about everything from how they arrived on site, what their stall was made of, how much of their stock was Fairtrade, organic or recycled and any other ethical criteria they proactively used to reduce their impact on the environment.

2010 winners and runners up 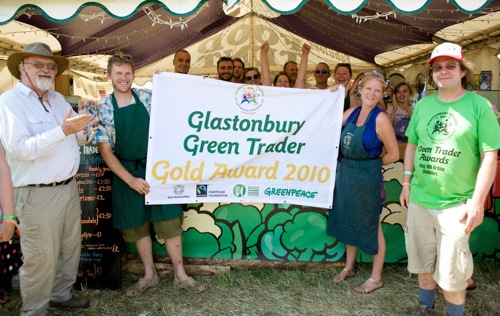 The prestigious Gold Award for food went to Fresh Organic, who do popular Fairtrade, organic, healthy food with a smile. They commented, “We’re completely speechless – we really believe in the food we sell.” 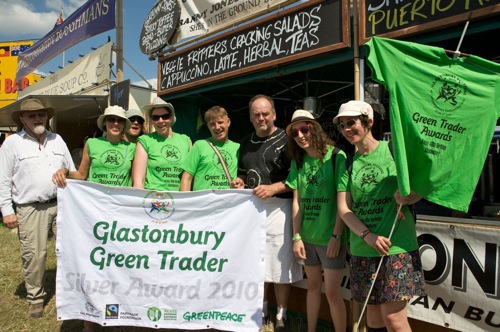 No Bones Jones picked up the Silver Award for food, for cutting his energy usage and doing everything he could to reduce his carbon footprint. In Jones’s own words, “I have worked really hard for 10 years to get greener – there is more to do and will keep going, the only way forward is to use less!” 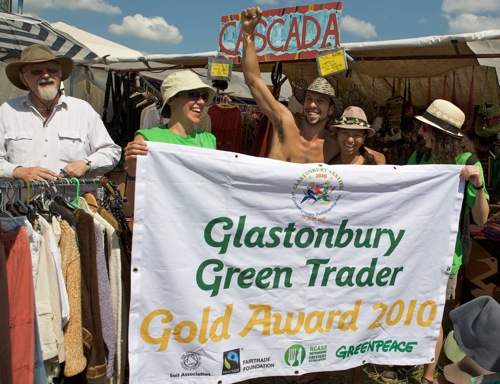 Cascada were the lucky winners of the Gold Award for non–food, for having minimal impact in terms of their stall, and for close relationships with artisans and workers in Ecuador and Colombia. They said, “We love being here – more and more people are buying our stuff – that’s what Glastonbury is all about – style with a conscience.’ 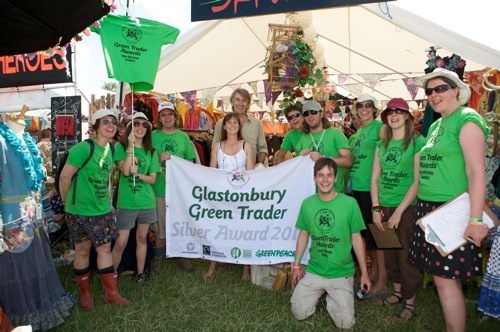 Silver Award for non-food went to Skrunch, who up-cycle old clothes into beautiful new ones. 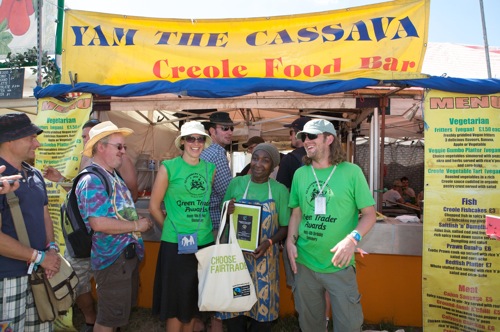 The Thali Café picked up the Organic Award for their scrumptious organic festival meals. 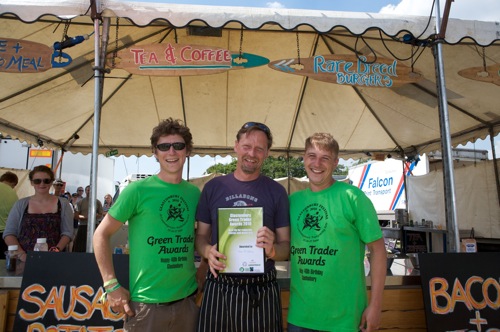 And Green Street picked up the new award for top tip on energy and water efficiency after cutting their gas usage by 65% in one year, at no cost to themselves, by radically re-assessing how they used their equipment. Tim said “Next year i’m going for top prize!”

Congratulations to everyone who took part!