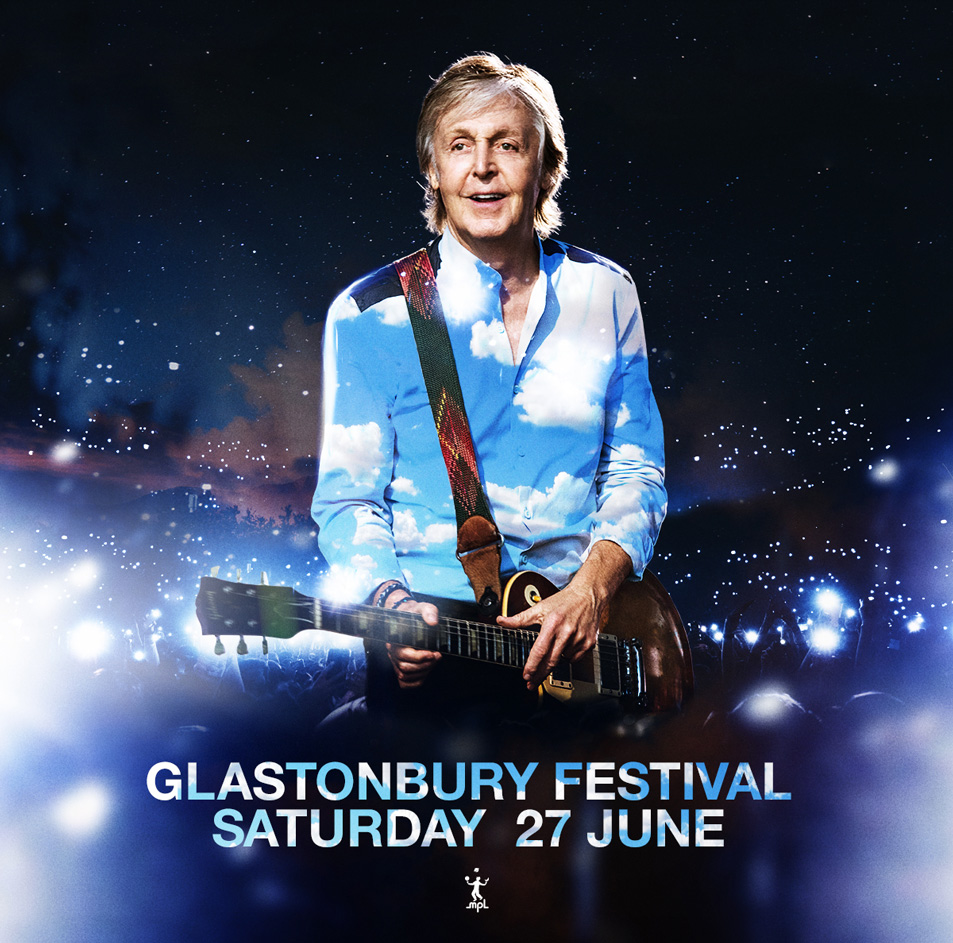 We are incredibly excited to announce that Paul McCartney will headline the Pyramid Stage on the Saturday night of next year’s Glastonbury Festival, on June 27th.

Said Glastonbury co-organiser Emily Eavis: “Having Paul McCartney coming back to headline the Pyramid next year is an absolute dream come true. There really was no one that we wanted more for the 50th anniversary.”

McCartney previously headlined the Festival in 2004.